Skip to content
View cart “Sponsor – Willow” has been added to your cart. 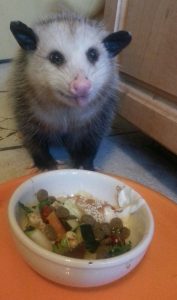 Prudence came into our care at Tamarack in October 2017. She was found by a good Samaritan on her mother who had been fatally injured by a vehicle. She was not turned over immediately to a rehabilitation facility, however, and became ill from an improper diet and was socialized with humans and other animals. With proper treatment at Tamarack she regained her health but was determined to be non-releasable. In December of 2017 we were granted permits from both the USDA and PGC to keep Prudence as an educational ambassador!